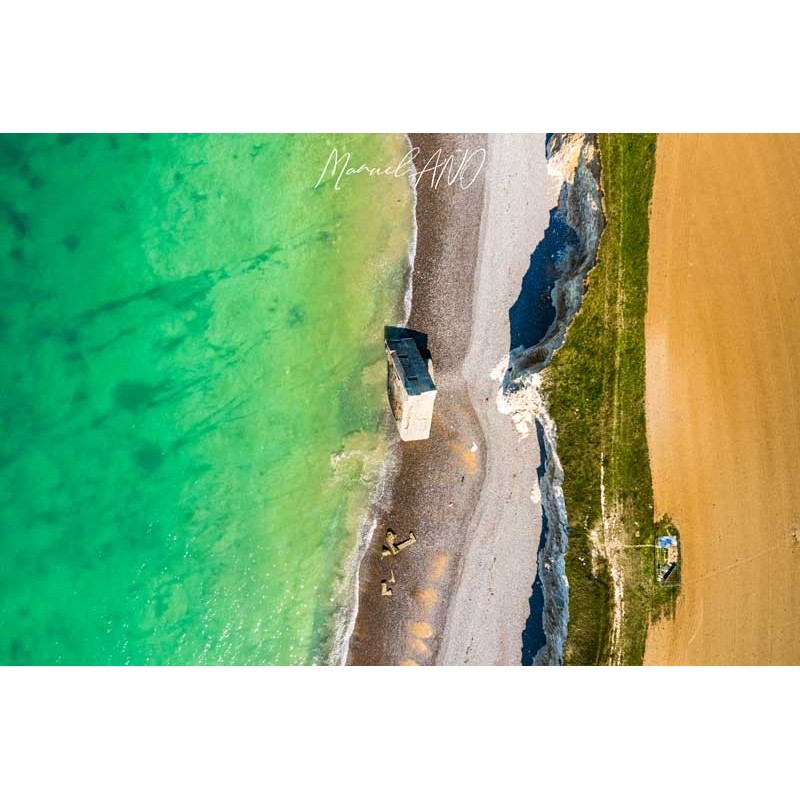 It is in Quiberville, just 10 minutes from the town of Dieppe in Normandy, that we can observe this German bunker from the Second World War. Remaining vestige of what was called the "Atlantic wall", it rested at the time 40 meters higher on the cliff. The very strong erosion, taking down to one meter of shore per year, eventually dropped it and planted it on the beach. Hard to imagine only 80 years ago the cliff was 100 meters further!